Part three of the ongoing, yet to be determined what number of parts it will be series will cover the topic of ideas. Many new bloggers agonize over coming up with a completely original idea for their blogs or perhaps they are not quite the overachievers so they settle with worrying about coming up with a completely original idea for just one of their posts. This is a waste of time. If you are like most people and most people are like most people, you may never have a completely original idea. Get over it. As most people who know anything about writing, which is what I am pretending to be, know there are only seven basic plots. Every novel, every short story, every poem, basically any written narrative comes down to one of those plots. And the reason you can have so many writers writing about the same seven basic plots and it never gets old is that each writer puts his own perspective on the basic plot and since each one of us experiences reality in a slightly different way, seeing another writer’s perspective come to life through his writing never fails to captivate.

And much as there are only seven basic plots for written narratives, there are a finite number of topic ideas for blogs, or in an underachiever’s world, posts. I don’t know what the specific finite number is but I’m pretty sure it is not infinity because then it wouldn’t be finite unless there is some upper math theory that infinite and finite are the same but just spelled differently. I don’t know, I am not an upper math specialist or even a gifted upper math amateur. I am the last person to get picked on the upper math specialist team, so when I talk the talk of upper math specialists, I have no idea what I am talking about, but I have successfully used this as a blog post idea with idea meaning to write about stuff that you are absolutely clueless about and do as little, with little meaning no, research before you begin to write because it’s not like anyone’s going to believe anything I say. I’m not sure what it is like but I felt it needed to be said, so I said it.

So now we understand that there are a finite number of ideas for blog posts and the chances of you coming up with a completely original idea are like a gajillion to one. Now, do you remember how I told you in the previous paragraph that I am not an upper math specialist? This would be the time to remember and to remember that means the chances of the chance of a gajillion to one being a correct to the eighth decimal place of correct number is yes, it is a made up number. Gajillion may not be a word. Again, I am not an upper level math specialist.

So now I know you’re thinking how do I decide which of the finite number of ideas that exist for blog posts could be my next under-acclaimed post? I’m right there with you guiding you along. No worries. You simply read someone else’s blog and then you write the same thing. Oh, you’ll change a few words, maybe have the last paragraph be first and the first last. This is your time to let your creativity shine without having to really try. You are the Yoda of bloggers. This is the genius part. Your post will be different enough that you can claim you hadn’t read the other post that yours seems so much to be a rip-off of, you and the writer of the allegedly copied blog were on the same wavelength or tapped in to the same energy field which was aquamarine whether or not you are believed about the aquamarine thing depends on how new age-y your blog looks. And of course, this only works if you don’t click the like button or leave a comment on the post that you are co-opting otherwise this claim of being on the same wavelength won’t hold water.  This illustrates what may be a future post about the dangers of clicking the like button or posting a comment before you have completely ruled out copying this post to avoid any real thinking on your part which, oddly enough, makes you think.

But here’s the real genius of the genius part in the previous paragraph. You tell the blog world that you are indeed stealing and whichever site you choose to host your little “Look At Me” party will help you do it. Yes, you will mention the other blogger by name. I know you will be tempted to just say ‘I read some blog about and…’ But this would be an epic fail. By naming the specific name of the blog post you are copying and then linking to that blog post is genius incarnate. You might think the other blogger would be mad that you copied his post and you would be wrong. Other bloggers eat this up. They love for you to link back to their posts. It gets them off. Seriously. If you do this, other bloggers will love you. 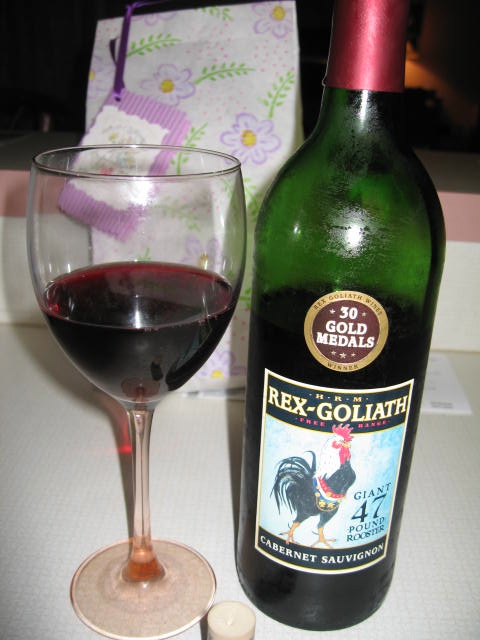 But it is a one-sided love. Oh sure, one or two might start following you, but basically these follower junkies only want to entice you to follow them and then you have to read their posts and it’s nothing but wine, wine ,wine. I apologize my spellcheck function didn’t realize I meant whine, whine, whine. Yes, they whine when their view stats drop, or if their comments fall off, or, well, I can’t think of an example for the third whine but I am sure there must be one, I just don’t know what it is. But if you savor those odd occasionally whiny online interactions, they can be entertaining and you may eventually start following them and then you realize they won and you didn’t even know a game was being played and then you realize your wine glass needs a refill.

I’m sure there is more to say on the topic of stealing other people’s work and then telling the world what you did and if I had more than a year of experience writing a blog or maybe if I had written more posts each week, I might have learned more stuff about the blog writing process of coming up with ideas and then I would have been able to pass more stuff about how to steal other people’s ideas on to you, but I think this post will prove very useful to you as you plagiarize and confess at the same time.

So, you have your homework assignments. Go out and steal a post. But not this one, it’s already been done.